I was a bit taken back by the headline “Will Cigarettes Be Made Illegal in the Near Future?” a recent post on AlterNet until I thought more seriously about subject.   A likely outcome of positing such a question might be a large number of bloggers talking over the topic but something of that magnitude not be accomplished in my lifetime.

The decline of tobacco smoking has remained on our radar at AWN and also many alternative weeklies who were fed on a healthy diet of Big Tobacco advertising dollars over the past dozen or so years.

Government restrictions on tobacco smoking have become commonplace and the comparisons between tobacco and legal or illegal mind-altering substances have also been at the forefront of the debate.    Tony Newman points out in his aforementioned AlterNet story,  the growing movement toward the criminalization of tobacco and some of the recent developments but is also quick to  identify the difficulties associated with prohibition of such a popular activity, despite its’ deadly track record.

Watching the critically acclaimed HBO series Boardwalk Empire may give you some insight into what a dramatic sea change might occur in this if prohibition of tobacco was enacted.   The introduction of a new black market and serious level of criminal trafficking and sales would be needed to support the millions of tobacco smokers who have been unable to drop the habit.   During Prohibition, temperance groups and other advocates for prohibition had little success in creating educational campaigns that could make any significant long-term change in the lifestyle and drinking habits of Americans.  Today, an enormous amount of education and marketing have supported the non-smoking platform and successfully reduced smoking in public places in just about every possible place in major cities.

Here’s a slightly-related link to my one of my favorite bands, Yo La Tengo‘s 30-second Non-Smoking track (it’s nothing extraordinary but their heads were in the right place on this educational PSA against smoking-taken from their Yo La Tengo Sell Out web page).

Back in the 1920’s, simple economics were at the root of the problem.  There was very little money and corporate support for making any change, but there remained plenty of coinage on the side of producing and selling an alcohol product (either illegally during Prohibition or legally after 1933).

With all the recent talk about legalizing marijuana, it seems almost foolish to expect the government to clamp down even harder on tobacco and then be able to support the kind of policing that would be required to keep people from being shot on  the street over a pack of cigarettes.   Somehow it just doesn’t seem possible that cigarettes could be banned, but then again maybe people said the same thing about alcohol in 1920.

Full disclosure: A few tobacco brand advertisers currently run ads through AWN mostly via RJ Reynolds Tobacco Co. The ad shown on the left ran in late 2010 in a number of alternative weekly publications.   A trend toward smokeless tobacco which we also are seeing in the same pages unfortunately doesn’t skirt by the authorities; snuff, snus, chewing tobacco and other similar products contain the same bad boys as cigarettes.

Also, see an earlier post on these blog pages where one large tobacco brand Camel was represented in a fashion show on several dresses made  by a local designer in Sacramento for the News &Review coming-out-party last May.

It isn’t often we’re posting stories here on our blog page that we don’t have some opinion or comment to add to the already frequently-reported business news.   It’s usually because the pieces we’re reading are missing thoughtful explanation and interpretation.   So, we try to fill-in by observing and commenting in our own fashion whenever possible.  This one is an exception.

Here’s one that caught our attention over the weekend where MediaPost blogger Erik Sass’ commentary on the recent bubblicious trend led by social deal mammoth Groupon captures the imagination of the reader—whether he’s right or wrong, it makes you think about what is happening in the business social media world.  Bubblicious: Groupon’s Value Increases $10 Billion for No Reason

There’s not much you can add to a spot-on commentary that also invokes the thickness of Homer Simpson in its coda.

Ever wonder what they do in Durham, NC in March? 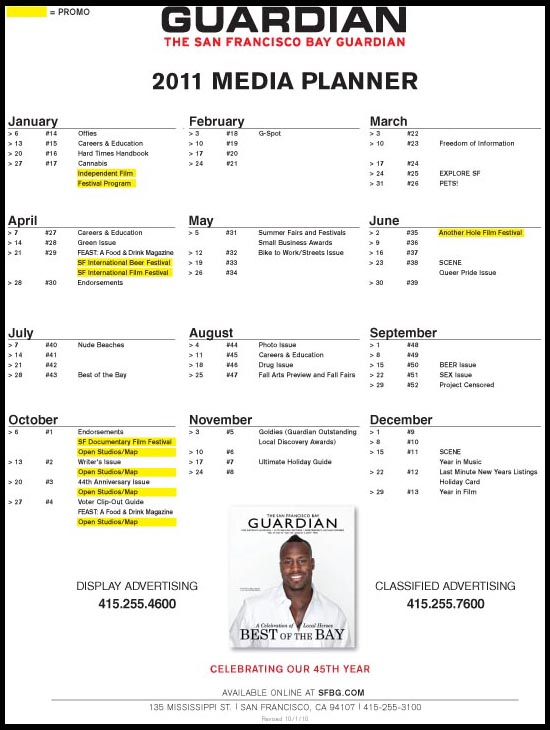 This is a great planning tool for advertisers, so if you haven’t submitted or don’t see any calendar or special section list on your page on the awn.org site, just send one to our office and we will upload it to your page. Please also take the opportunity to check out what other publications are promoting monthly – it can be quite inspirational.

Oh and, well, I guess we all know what happens in Durham in March…it’s Madness.