At the start of this month Phoenix Media/Communications Group announced they would be merging the 46-year-old alt weekly The Boston Phoenix with its style publication, STUFF into a new glossy magazine product called simply The Phoenix. 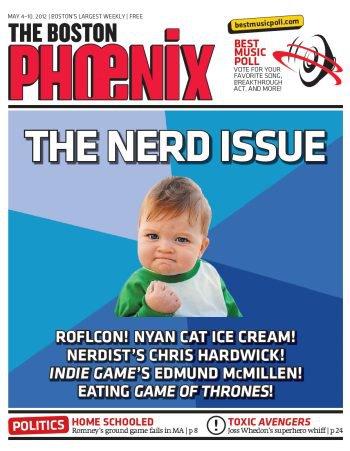 The initial announcement and news was covered on August 1 in several locations including Boston Business Journal. Since that time additional information has been made available as to the launch date and information pertinent to advertising.

The new publication will debut on September 21 with a new weekly circulation of 107,000 and 350,000 weekly readership.    Everett Finkelstein, VP Integrated Media for Phoenix Media Group (also AWN Executive Board Member) provided some of the details of the transition including the news that format of the other two altmedia Phoenix properties in Providence, RI and Portland, ME would remain unchanged for now.

The Boston Phoenix is a charter member of AWN.

It was no surprise to hear of Willamette Week owners purchase of the North Carolina AltMedia stalwart  Independent Weekly yesterday.  Publisher Richard Meeker has a long-time connection to the Research Triangle Market, his brother Charles was former Mayor of Raleigh.  Read more about the transaction from perspective from long-time Indy owner Steve Schewel in a press release from August 22.

City of Roses Newspaper Company, which owns Willamette Week and Santa Fe Reporter officially concludes the sale on October 1.     All three papers owned by City of Roses are charter members of AWN.