A year-end piece by Aljazeera examines the top alt media papers in 2013 and how they compare to earlier versions of themselves and the possibility of their demise in the short-term.

The papers — which documented parts of cities that other media missed — suffered major blows this year.   What you don’t read in this article is about how the other 95% of alt media publications have fared over the past year.  Check out Portland, Oregon;  Burlington, Vermont, and  Monterey, California to name a few.

Don’t be thrown by the headline, we’re simply borrowing it from the short but spot-on post on The Dish over the weekend.    Since we’re approaching the end of 2013, we’ve been working on an AWN year-end summary.   Our view of the Alt Media industry  for 2014 remains positive and hopeful despite the list of closures below. 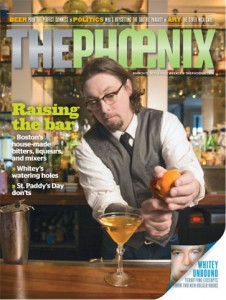 In 2013, the biggest blow to AWN was the loss of The Boston Phoenix, a national news item that stayed alive for another 6 months after the abrupt closure in March.  For 20 years,  The Phoenix had not only been a major source of revenue and a sales leader contributing to AWN’s bottom line but they had been a respected alternative product that boosted AWN’s marketing arsenal as well.   The only silver lining,  Providence Phoenix and Portland Phoenix continue to provide ballast for us on the Eastern Seaboard. Long-time AWN leader Everett Finkelstein is still our point man in that area.

The other big AWN news coming out of New England late in the year was the change to the Advocate/Weekly papers published by The Tribune subsidiary CT1 Media.   Three Connecticut alt-weeklies; Hartford Advocate, New Haven Advocate and Fairfield County Weekly were merged together into a new product called CTNow.    Having sold off the Valley Advocate in 2007 to a separate owner in Western Massachusetts,  what was once a healthy 4-paper alternative chain is no longer alternative but continues publishing from the Hartford Courant offices.

Meanwhile, further South in Charlottesville, VA, another AWN paper, The Hook closed after nearly a dozen years of competing against the more established print product in the market  C-Ville Weekly.   It was only a matter of time in any market this size that two similar products would deplete the diminishing print market share available.  C-Ville lives on!

In the Mid-West we were also surprised by the sudden closure of Urban Tulsa Weekly after 22 years of publishing.   In the mid-90’s,  I visited the offices of UTW  (in its earlier incarnation as a monthly) as a side trip to Walmart headquarters in Fayetteville, AR.   My limited recall brings back one vivid memory of a frightening-sounding truck filled with squealing pigs thundering down the street directly in front of their newspaper office.

During the Summer, we also saw the Honolulu Weekly publish it’s final issue after 23 years serving readers on Oahu.    Publisher and owner Laurie Carlson faithfully pushed to keep the paper alive but financial troubles finally got the best of this weekly.    It’s a shame the state capitol and large population base of Hawaii couldn’t support the weekly despite what seemed to be a large number of bars/restaurants and nightclubs.

2014 portends to be another year of change and we continue to be looking for opportunities to extend our brand into new areas.  We’re planning to roll out several new or renewed marketing initiatives in 2014 that may or may not prove successful but either way, new ideas are better than no ideas.

If anything, AWN has gone back to its “grass -roots” more in the past few years and will continue to do so in an effort to be inclusive, creative and supportive of all our publications and be inviting to new publications that come into our view.   Last year, we added FIVE new publications to our roster,   Though they were not all weeklies or alternatives, they represent the growth in the print publishing sector which in itself is unusual these days.