The Sacramento News & Review turned 21 and threw a VIP party in their new swanky, green building last Friday.    The staff at AWN were enjoying the ride-along treat as co-tenants in the new building when they spotted one of their current advertisers on a model lined up in uniquely designed dresses made of News & Review newsprint.   One short-skirted model in particular was sporting a dress made entirely of Camel ads placed currently by Mullen Advertising through AWN in a few dozen alternative weeklies.  You may recognize the ads (see photo). 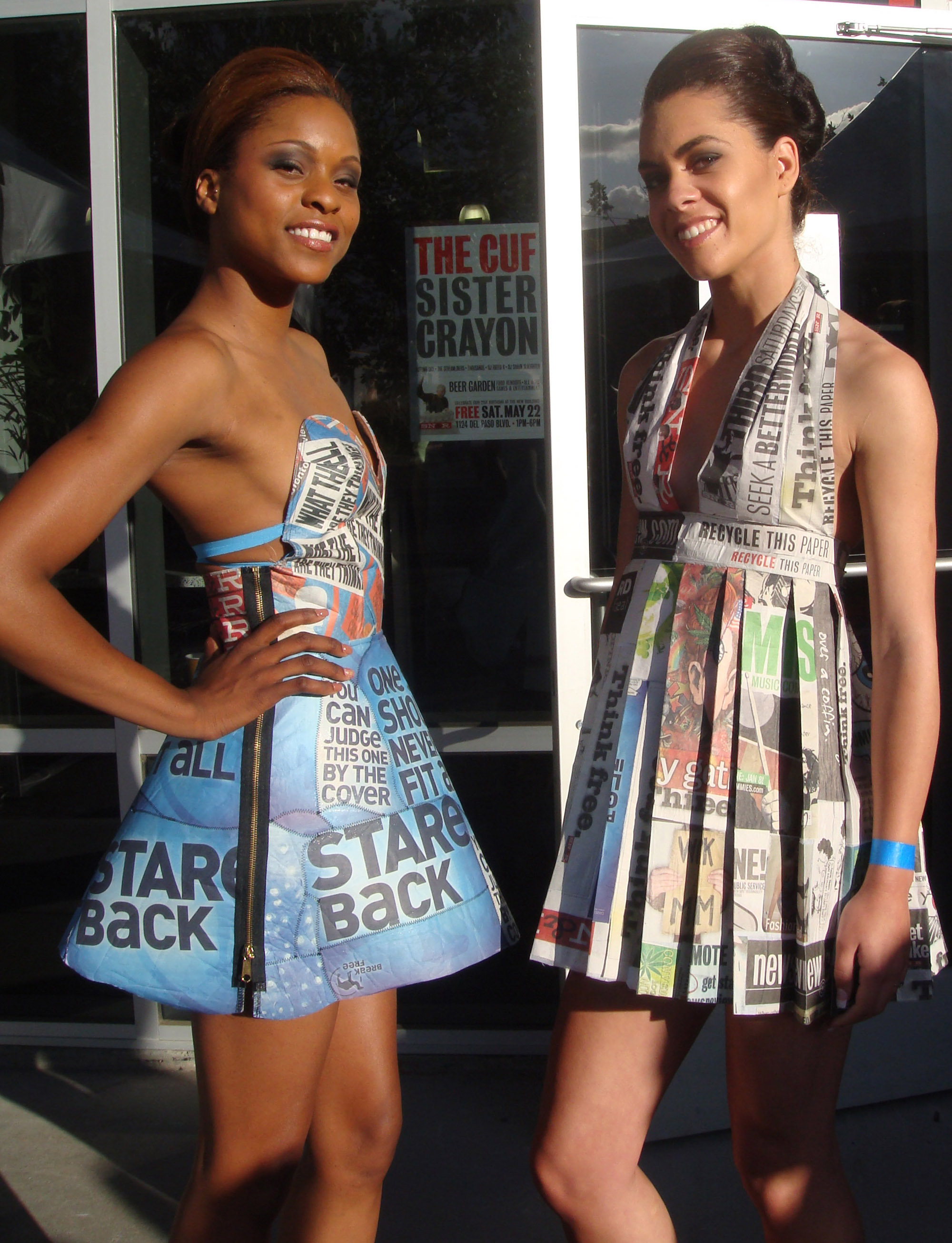 The designer Phoenyx Reign, a student at the International Academy of Design and Technology made the dress in one week and won first place in the Sacramento News & Review Design Challenge.    The second place winner Melinda Dougan also had her wares on display at the SN&R birthday party.

For more information about the event or the fashion winners, contact SN&R Maritza Villegas, maritzav@newsreview.com.

“We’re excited to use New Media with Christopher’s help as a way to make the Sacramento News & Review Birthday Block Party the best it can be,” says Mark Hanzlik, Executive Director of the Alternative Weekly Network.

“Green lighting this Tweetup made perfect sense for us at the News & Review with Hanzlik and Rauschnot’s help.” Said Nick Miller, Sacramento News & Review Arts Editor

“I’m excited to work with the Sacramento area new media influences to help promote this fun Tweetup by combining the birthday block party of the Sacramento News & Review and the Alternative Weekly Network. Being able to host this event will provide a different kind of exposure with a viral twist, that neither company has experienced before.” says Christopher Rauschnot, New Media Strategist Consultant.

Sarah Billingsley, an advertising executive whose experience at several alternative weeklies brought her to AWN two years ago as Ad Coordinator, has been named Communications Director for the Alternative Weekly Network . 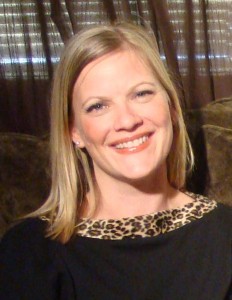 In addition to becoming an AWN Director where she now coordinates the 95-member advertising cooperative’s national sales efforts, Sarah assumes additional sales responsibilities associated with the long-time position held by John Morrison who left the company in March.

“In eight very short weeks,” said Billingsley, “I’ve been able to see the potential AWN has to offer and now to be able to contribute in a more meaningful way is something I’m proud to be a part of.”

Sarah has worked for more than a decade in the alternative industry with stints at The San Francisco Bay Guardian, Independent Weekly and Sacramento News & Review.    Sarah came to AWN in January 2008, after a five-year run at t

he News & Review (most recently as Advertising Director) and returned to college.   At last year’s end, Sarah graduated with a Bachelor’s degree in Communications Studies from California State University, Sacramento.

“She has advertising, sales and administrative experience that fits well in her new AWN role,” added AWN Executive Director Mark Hanzlik.   “Sarah also has the ability to adjust to change well,” Mark concluded, “our crew has seen a lot in the past few months.” Mark’s company, Hanzlik Media Management which provides the day-to-day base of operations for AWN relocated in March by joining the Sacramento News & Review in their new building.    Hanzlik says there are also plans to unveil a new look for AWN in June which includes a newly configured web site, marketing and digital presence.

Sarah, who has spent a majority of her career in Northern California, hails from Upstate New York.  She currently resides in Carmichael with her husband, Michael who is the Distribution Director for the News & Review.