Poynter is taking stock of the alt-weeklies again and with the recent sale of The Village Voice, declared the altmedia industry is sliding at a particular angle that seems to be measured only by the performance of its largest markets.

It’s hard to deny the decline across-the-board in revenue, staffing, printed pages, and readership.   That’s apparent with nearly all print products in some form or another these days.   Certainly the daily newspaper industry has taken a larger hit, as have some magazines and classified-shopper publication with aging reader base and advertisers becoming more difficult to count on.   For Altmedia though it has been a mixed bag with property sales of many larger publications taking most of the negative spotlight.   The larger altmedia properties were dealing with declining economies of scale as their ad base contracted.  Many smaller publications already operated with less resources.   As they say, the bigger you are the harder the fall.

While there were a lot of publications changing hands in 2015, Philadelphia City Paper was the only casualty, publishing its’ final issue a week ago.   Philly Weekly and City Paper competed for Philadelphia readers for more than 20 years in one of the closest contests within the Altmedia industry.

After the closure of Philly City Paper,  five AltMedia major markets with two competing weeklies remain publishing in the U.S.

In Portland, Willamette Week and Portland Mercury are as different as The Seattle Weekly and The Stranger are in Seattle.

Also in the West, Las Vegas where there have been as many as five alternative publications publishing at once, Las Vegas Weekly nearly stands alone with Vegas Seven still breathing, though neither is alternative by yesterday’s standards.

Finally, Chicago still supports two venerable weeklies in their own right, The Reader and smaller yet still feisty Newcity.

Altmedia properties in mid-size and smaller markets have faired much better and particularly those bolstered by a strong college base or State Capital.   There’s plenty of good news and life left in AltMedia across the country.  The health of this industry can’t be measured in the closure of one weekly in over-crowded two paper markets or with the sale of publishing properties previously owned by Village Voice Media.

Our last entry in this blog space was certainly not filled with good vibrations and some of that news had been from the New England area.   Now, we have some good news to report from a region also sending their own team, the Patriots to yet another Super Bowl.

Late last year and early into this new year, there were several stories about the outcome of ownership changes and two possible alt weeklies competing for space in Portland, Maine.   Longtime AWN member, Portland Phoenix found a new owner as it was sold November 12 to ownership group behind The Portland Sun.  On the surface very little has changed in the operation of The Phoenix since that transfer of ownership though the new ownership was closely watching the expansion of Boston-based Dig in the market.    This week, another transaction between owners of new Portland Dig and Portland News Club LLC, parent company of Portland Phoenix halted the publishing of Dig immediately.

Elsewhere in the region, Seven Days founders Pamela Polston and Paula Routly will be honored in February as they are inducted into the New England Newspaper Hall of Fame.    Seven Days which has been published continuously since 1995 has already received their share of awards and validation of their success in the Burlington, VT market.    Their company, Da Capo Publishing, produces five print products and numerous events and digital platforms supporting a staff of more than 60 locally.

Here’s a great piece from digiday.com where Tom Goodwin debunks five often-repeated statements about where advertising is headed in the future.   The 5 Biggest Myths of Modern Advertising from July 28, 2014.   Though it’s unfortunate for those of us living in the print biz to admit, TV is certainly far from dead.   We’re glad to see someone remove the gauze over the ad industry’s hyperbole.

4. Advertising is about storytelling

5. Advertising spend should be correlated with consumer’s time spent with media

Some of our advertiser and publication contacts may have noticed a familiar name and voice appear earlier in the 2nd quarter.   AWN sales veteran John Morrison returned to our central staff after spending four years exploring other interests and advertising/media posts.  He replaces ad coordinator Ligia Bremerman who had worked for Hanzlik Media since December 2012.

John served as director of AWN sales from 1997 – 2010 where he was at the forefront of the sales and member growth in the 90’s and eventual decline in the late 00’s.    During his years in sales leadership, John oversaw a cooperative sales force comprised of dozens of sellers at individual AWN publications across the U.S. 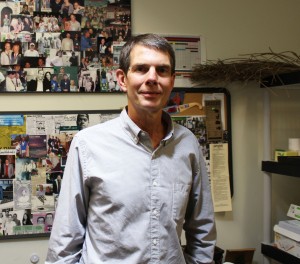 Before re-joining Hanzlik Media in our Sacramento office, John was planning and coordinating ad inserts for retail chain-store clients like Menards for Quad/Graphics.   In January 2013, Quad acquired Vertis allowing them to enter the retail ad insert, direct marketing and in-store marketing solution business.   When that change occurred, John moved from Vertis over to Quad to continue his work on Menards which ended a year later which coincided with Ligia’s departure at Hanzlik Media.   It is all about timing.

Media Audit’s newly released analysis of the top AltMedia websites in the U.S. was led by Isthmus in Madison, WI.    According to the study, 15.2% of Madison adults visited thedailypage.com within the last 30 days.   The top three sites, Isthmus, C-Ville Weekly and Austin Chronicle have been perennial leaders in this research of online viewers.   Also included in the top five were Springfield’s Illinois Times, and another Charlotte site, The Hook.

For a more in-depth look at the results from Media Audit, visit their website and June 2013 fyi newsletter.

The new annual study which combined research from viewers gathered between 2011-2012 in 80 markets was recently released by The Media Audit. Results for this ranking are based on Adults 18+ in each respective local market study.