A nice lift from a relatively new and young voice posted yesterday on the AAN (Association of Alt Newsmedia) site  providing a positive spin the future of AltMedia.    It’s certainly true, many “alt weeklies” are now providing content all the time, and have moved beyond simply posting a static version of their print product for aging hipsters to view.   If all the independently published papers we’re doing all the great things mentioned in this article, they will likely be the ones standing after the dust settles (paraphrased from SF Reporter editor in the article) in each of their respective markets.

Check out the author of the article, Christina Cauterruci’s video interviews from AAN 2013 conference in Miami here.

There was no official press release from Southland Publishing, Inc. confirming the closure of Inland Empire Weekly on January 30.     The 8-year-old alternative weekly quietly published their final issue with a colorful cover story about Pink Martini, the wildly diverse Portland-based band. 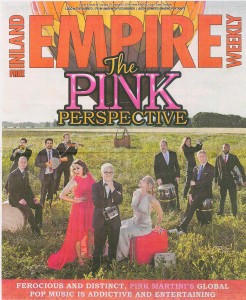 Zachary and Managing Editor Rich Kane started the alt weekly in 2006, but quickly sold the newspaper to Southland Publishing, Inc. which at the time published four other alt weeklies including LA CityBeat and four monthly magazines.   IEW was based in Corona, California where Zachary continues as publisher of Culture, a monthly magazine covering entertainment and lifestyle in the medical cannabis community.