Tomorrow is election day across the country and here in California we had anticipated a lot of advertising in play for congressional candidates and statewide initiatives, and there certainly has been.   Despite organizing a few sales planning conference calls and gathering a number of AWN publishers and sellers as early as July this year,  we had only seen one network-wide  political ad (in the form of a movie release favoring Mitt Romney)  until last week.    Since that campaign was battleground States only, California was not in play for the ads either.

But just before deadline, the Yes on Prop 37 initiative supporters booked a half page display ad in 17 AWN California publications from Eureka to San Diego on November 1.   The advertising was funded by the Committee For The Committee For The Right To Know and IRT Food Policy Fund.

Alec Binyon, GM @ Chico News & Review  sold the ad through a local connection in Butte County, working quickly to pull together the ad at the last moment.    Thanks for keeping other alt media publications in mind! 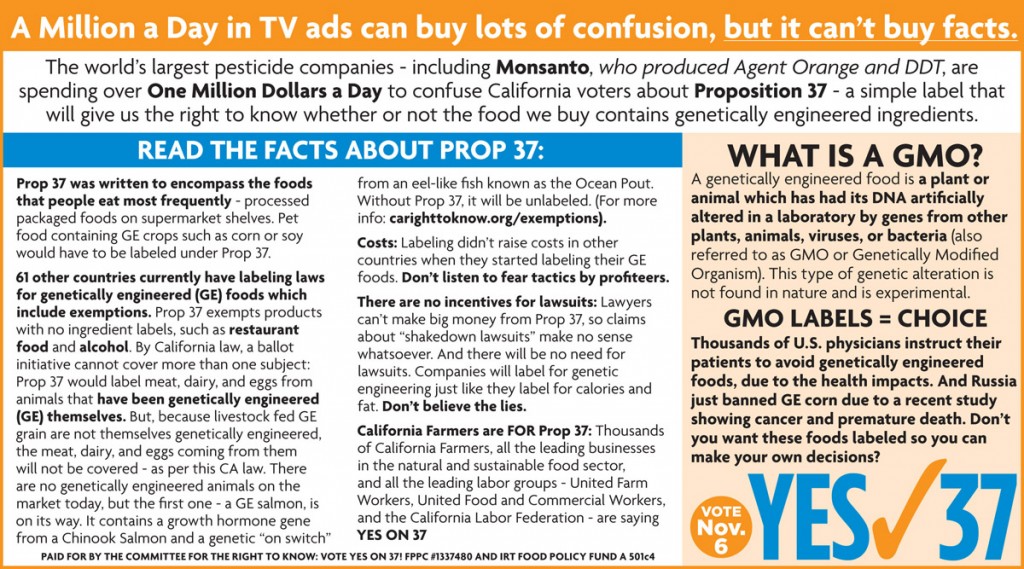