In what has become an annual tradition, dictated somewhat by Alternative Weekly Network bylaws, the AWN board of directors and various members met and discussed several matters concerning the 12-year old sales. The June 5 board meeting was held during the AAN Convention in Philadelphia where alt weeklies gathered for the 31st year.

Official minutes from this recent board meeting are available upon request. Here are some highlights from the meeting:

Brian Hieggelke provided a brief overview of the Executive Committee’s key activities over the past year which included a number of key initiatives that were directed at improving sales and member retention. Hieggelke also discussed the size of the board and commitment required by board members. Several board members suggested developing more committee action-based initiatives. The 2008 AWN board election yielded only 20 ballots from 109 possible ballots.

Gloria Mock and Blair Barna presented the Membership Committee’s recommendations for the year which asked for approval of two new member publications (The Other Paper-Columbus, OH and District Weekly-Orange County, CA). The board approved both papers as new AWN members. Another applicant from Winston-Salem, NC (Relish) was rejected by the committee.

Hanzlik reviewed AWN finances briefly with the group. Sales in the first five months of the year were again behind expectations. The revised 208 AWN budget currently set at $6M looks attainable. Online sales has continued to grow in 2008 though at a slower pace than earlier reported in the January. Hieggelke and others asked Hanzlik to scope the inventory investment for digital advertising potential in 2008-09. AWN members can view details of the financial statements or revenue reports by contacting mark@awn.org.

Top sales in 2008 were attributed to Newcity and AWN in-house, the two offices account for nearly 80% of all sales in the first four months. Sales are also coming from Phoenix Media Group and Creative Loafing as well as San Francisco Bay Guardian and Independent Weekly (a new seller this year). Hanzlik reported same paper revenue percentages are up in a few cases, but for the most part, revenue has been down for the top 20 markets, and more retail-based accounts have spread revenue farther down the list to mid-size and smaller markets.

The focus of the meeting was clearly on a discussion of Hanzlik Media’s Strategic Plan for AWN, a plan which had been in the works for nearly eight months. Hanzlik and consultant Terry Garrett outlined the strategic plan and discussed briefly the timing and implementation of such a plan. AWN board members were supportive of the Strategic Plan but were not adequately briefed to be able to discuss in depth at the meeting, so a subsequent meeting (teleconference) will be scheduled to prioritize and follow up.

Party at the Pearl!
AWN sponsored a Party at the PEARL restaurant in Philadelphia on Thursday night, June 5th from 9:30pm – 11:00pm. Dancing, drinks and plenty of conversation took place inside the 2nd floor of the joint where AWN members (and a few Ruxton-represented pubs too) converged after the Convention-wide cocktail party earlier in the evening. What a great ride atop a double-deck bus, taking in the night air in Philly.

Thanks to Roxanne Cooper (Philadelphia City Paper) for setting up this venue, Gloria Mock (The Independent) for the invitations, and Everett Finkelstein (Phoenix Media) for setting up the text info for the event. It was a great way to start off the 3-day confab! 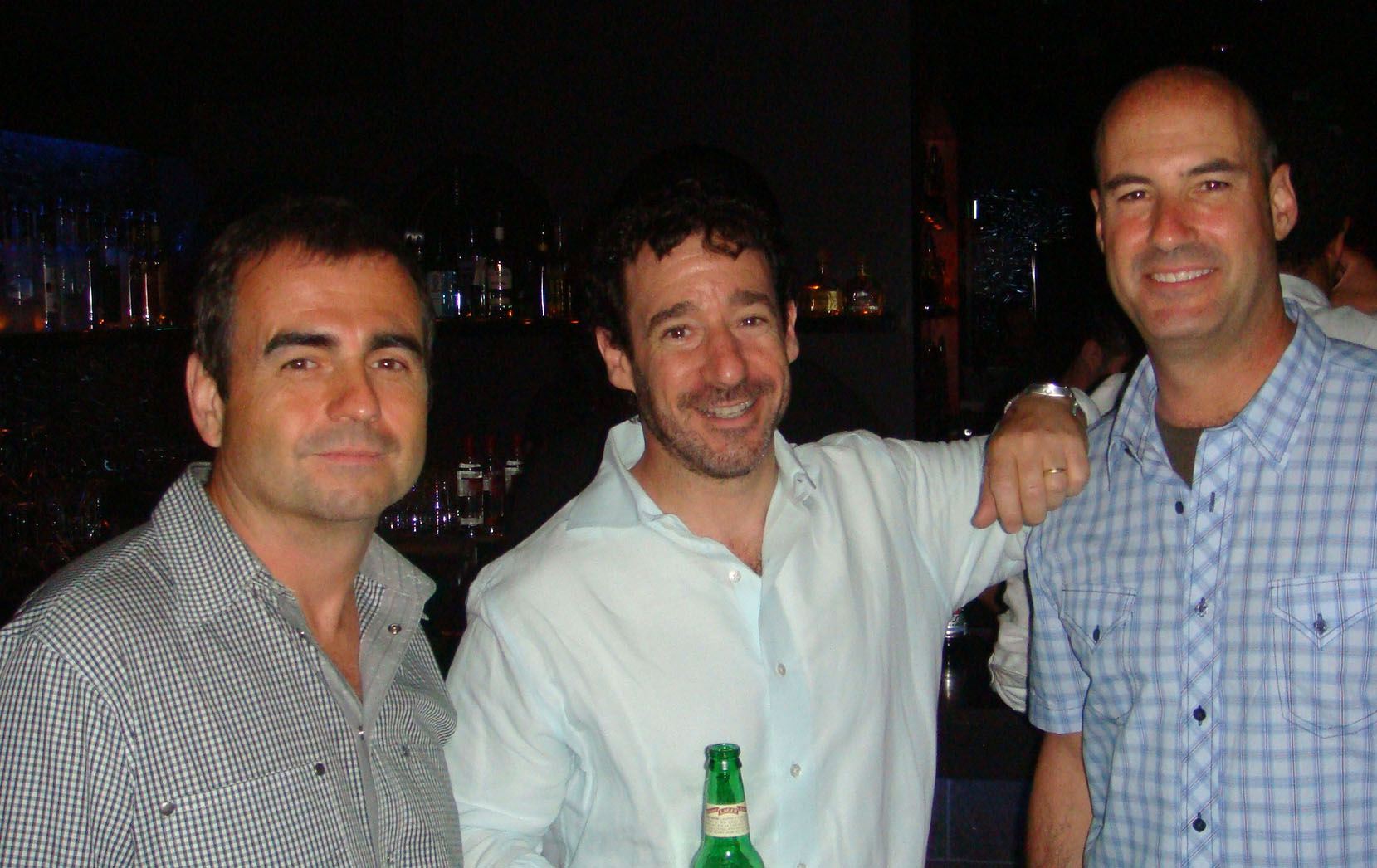 AWN’s “Party at the Pearl” was one of many good Philly reasons to stay out late on Thursday night, but for nine convention-goers it was our annual hoops ritual that was motivation to get up and moving at (almost) the crack of dawn on Friday morning.

This year’s venue was Starr-Garden Playground, the pride of a pleasant south of downtown Philly neighborhood. Hoops returnees Eric Hancock, David Comden, John Morrison, Cary Stemle and Blair Barna were joined this year by newcomers Scott Stedman (The L Magazine), Ali LeVaux (Flash in the Pan-syndicated food columnist), Doron Taussig (Philadelphia City Paper), and Erik Wemple (Washington City Paper). A playground pick-up added local flavor and a tenth player for a rousing full court game of five-on-five that wrapped up in time to hustle back for the 9:30 Financial Standards session.

Thanks to Doron for bringing the ball, and all others for bringing at least their B- games. Hoops has been a great tradition at AAN–now going on 10+ years. Old knees and bad eyesight take their toll though, so new ballers with new moves are always welcome!