Two long-time Detroit rivals became one last week in a deal announced by Euclid Media Group owner of Metro Times.    Published in the market since 1980, Metro Times and its upstart rival, Real Detroit Weekly (launched in 1999) merged into what the owners are calling the largest newsweekly in Michigan.   Owner and publisher of Real Detroit, John Badanjek will serve as president of events of the newly formed company along with Chris Keating, publisher of Metro Times. 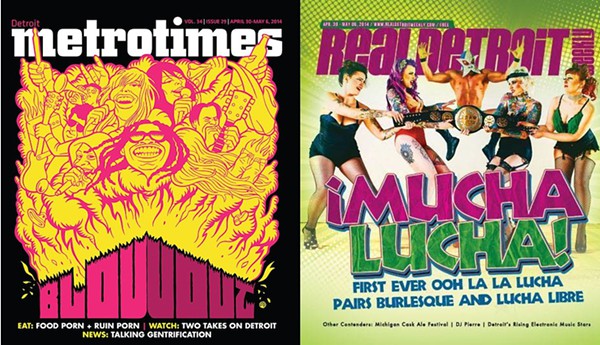 Both publications have been represented by AWN numerous times over the past 20 years beginning with Metro Times as a charter member in 1994 under its original owners Ron Williams and Laura Markham.   When Times Shamrock purchased Metro Times in 1999, the publication moved representation to The Ruxton Group (New Times) creating an opening for Real Detroit to become an AWN member for the first time in 2000.   Five years later, Metro Times returned to AWN, and  Real Detroit followed by moving to Ruxton Group  (Voice Media).  In 2008 Metro Times moved once again to Ruxton and within a year Real Detroit was back with AWN where they have remained until the merger.

We never quite understood the reason for all the movement but never complained as AWN was always representing a viable alternative product in a market that never failed to appear on most national ad buyers lists.

One item has remained constant since AWN first broke in to Michigan,  Jim Cohen, Ad Director at Metro Times in 1994 is still Ad Director in 2014.   As a board member for several years he spearheaded the first marketing projects for AWN in 1996.