We’re proud to announce the 15th anniversary of The Alternative Weekly Network (AWN) the 90-member national ad sales cooperative.  It was 15 years ago this month when we first gathered 15 task force members of the newly incorporated AWN in Sacramento.   The enthusiastic sales group appointed themselves board members on the spot and the rest is, as they say,  pretty much history.

Over the past 15 years, AWN has accumulated net billings that have exceeded $150 million.  Who would have guessed at that first meeting that we would now be looking back at so many highs and lows, successful growth with such a large stable of publications and healthy advertiser base.    The independent cooperative accomplished this all by using a member-empowered sales structure—fielding the industry’s single largest sales force on behalf of nearly 200 publication titles. 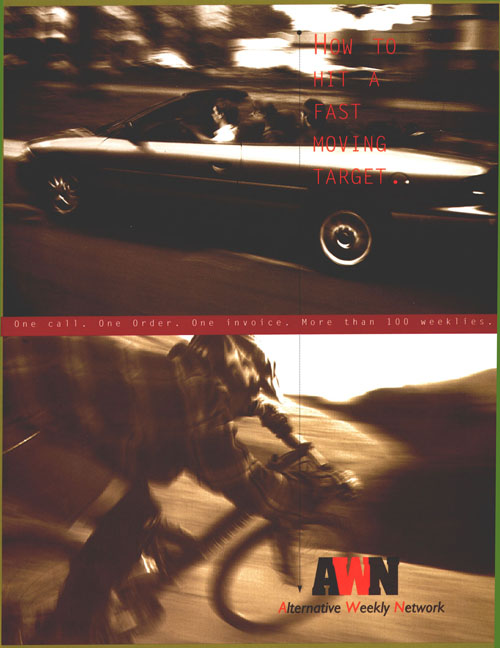 (here’s our first media kit from 1996, produced by Riverfront Times)

The idea of developing a cooperative network nationwide sprung out of earlier ad sales practices with a California-only network (CAL-AAN) that grew in 1992-1993, evolving into similar regional networks across the US (AAN-South, AAN-MidWest, etc.) in 1994-1995.   But by 1996, it was clear that a formal, legal structure would need to be established and volunteer board of directors appointed.

Read the remainder of the story by connecting to AWN’s press release page.

Near the end of our recent sales webinar, Sarah Billingsley, AWN Communications Director introduced the idea of initiating a national ad seller incentive.  The AWN Board of Directors voted to approve this new sales incentive program effective immediately.

In Sarah’s words, the pitch for the program went something like this:

AWN recognizes the act of selling national advertising is a marathon, not a sprint, and sometimes it’s hard to see the finish line.   When one gets there, it’s natural to seek a return on the investment of time and effort.   Therefore, we are excited to offer AWN’s first sales incentive to be paid directly to the national advertising salespersons as a result of ad buys sold into AWN network publications.

The sales incentive, in the form of a cash bonus, will be paid to AWN sellers based on new sales sold into the network based on several sales levels and corresponding cash bonuses.    A new sale qualifies if the advertiser has run in any AWN publication other than the salesperson’s publication.   Also, a new sales qualifies if the advertiser has not run during the past 9 months.   There’s a real incentive for bringing back previous advertisers who are familiar with alternative weekly advertising products.

More details of the program are available upon request.

Let’s be clear, this program would pay an individual directly a bonus, not the publication or publisher that he/she works for.?    We had not attempted to launch an incentive program like this previously because some publishers weren’t supportive of the idea for non-local ad sales, particularly because of employment sales objective conflicts.    I’m assuming the loss of national print ad revenue which has been substantial over the past few years has finally out-weighed the downsides of such a program.   Another idea on the table is to institute some sales incentive contests with exciting prizes and other rewards.    We’ll evaluate the progress of the new sales incentives and report back to the group regularly.

On a separate but somewhat related note, network sales for the first two months of the year have been very slow.  I’m not going to make any assumptions about the remainder of the year 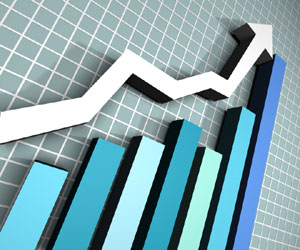 yet, but clearly the first quarter is not going as well as expected.

After the first quarter has ended,  I’ll share with you the sales and revenue results from that period and the corresponding comparison periods that will allow us to get a better perspective on AWN’s financial picture.  ?In the meantime, we are moving forward with as much energy and enthusiasm as we can muster to get sales moving through the network, and we believe the best way to accomplish that is by re-energizing the cooperative sales force that seems to have vanished.

All hands on deck!

This is a time of year that we usually share a recap of the past 12 months of ad sales or review any new developments during the same period. Since we have already been keeping many of you up-to-date throughout the year on this blog site or through our Facebook pages or elsewhere, we’ll keep the recap short and also try to fill-in just a few spaces.

NEWS or DEVELOPMENTS not yet shared:
APRIL ~ HanzMedia digital development contracts begin with ACG Media in Torrance, California.
AUGUST ~ HanzMedia contracts with The Media Audit for the first time on behalf of AWN; new additions to the reporting base include web advertising research and a new digital interface.
NOVEMBER ~ AWN sales results this year were much healthier than expected. New advertisers join the list, replacing a number of larger advertisers who were nearly absent in 2010.
NOVEMBER ~ We’ve collected 2011 ad rates from publications, continue to collect ad calendars, events and promotional items for the new year.

DECEMBER ~ Look for a complete recap of 2010 advertising sales next month. HanzMedia’s annual holiday card and video is posted (elsewhere on this site). Happy Holidays and a very Merry New Year!