It seemed like a gift because it had been so long since we had seen a network-wide political ad of any kind.   Even the big election year of 2008 had brought very little advertising to AWN and many of its member papers.   That changed the last week of September when AWN Prez and Editor/Publisher of Newcity delivered a 32-paper,  well-timed political gift in the form of a full page 4-color film placement for Obama’s America 2016.

The film was clearly being distributed as marketing tool for Mitt Romney, pushing the film’s agenda in only Battleground States.  AltWeeklies in Colorado, Florida, Iowa, Michigan, North Carolina, Nevada, Ohio, Virginia and Wisconsin became the immediate recipients of the film ads.   Though we’re not certain where the funds for the ads originated, the St. Louis-based agency Content180 complied with prepayment for the entire campaign prior to October 1.    A number of alt weeklies also provided value-added online coverage for the campaign in the month of October. 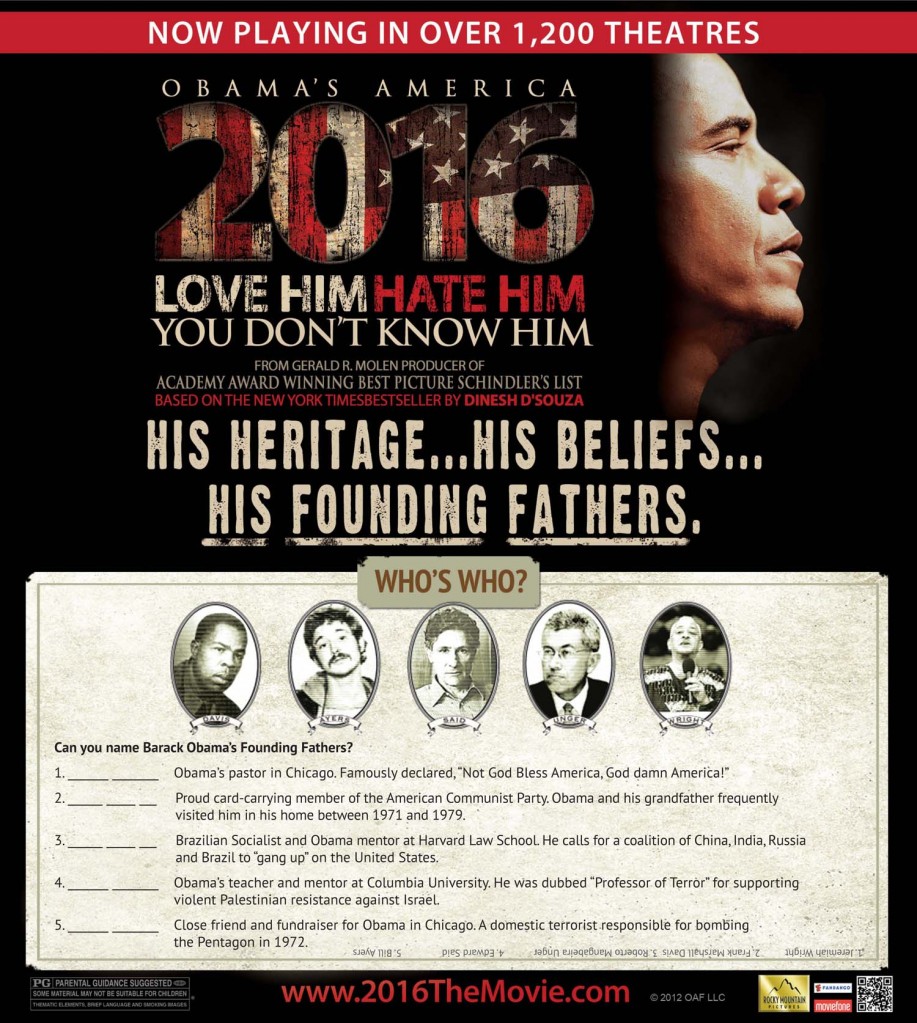